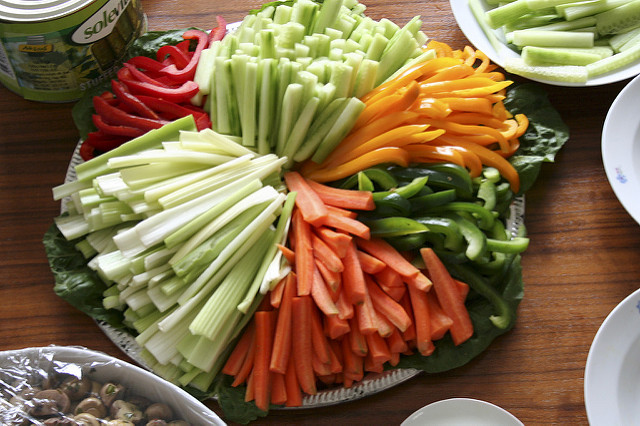 Shedding Light On The Evidence For Complimentary Medicine: Niacin and Niacinamide As Natural Remedies For Multiple Health Conditions

One of the greatest hindrances for the acceptance of the use of vitamins as a therapy in their own right has been the insistence of the medical community on the use of vitamins for prevention of deficiency diseases only. In other words, since they are necessary for life in small amounts, taking large amounts of them is a waste and has no use in the body. Consequently, the argument frequently is that you will have “expensive urine.”

This is simply not the case. This article shall focus on two forms of the same vitamin, Vitamin B-3, as niacin and niacinamide. Researchers discovered many years ago that there is nothing better than niacin, in its pure, immediate release form, for the treatment of cholesterol and cardiovascular disease. See this entry on the orthomolecular website for these and similar statements by practitioners who have been using niacin for many years, alone and without statin medications.

In addition, there is another study that was published in 2017 titled Niacin and Heart Disease Prevention: Engraving Its Tombstone May Be A Mistake, where a number of studies combining niacin with statins showed that with the addition of niacin to any statin medication, the overall mortality rate was decreased by 6% and 7.8% in two separate studies (the Coronary Drug Project and the Stockholm Ischemic Heart Disease study). This is in contrast to the highest reduction of mortality achieved by any statin medicine of 3.5%, seen only in the Scandinavian Simvastatin Survival Study. All other statin medications have a lower mortality benefit than 3.5%.

Since the overall goal of statin therapy, or any cardiovascular therapy, is to reduce the rate of death, this increase potentiated by niacin is a great benefit. On this basis alone it could be stated that niacin should be used by patients with cardiovascular disease in addition to statin medications. The same article mentions the Absolute Risk Reduction of statins versus niacin plus statins. What Absolute Risk Reduction means is that there is a certain number of patients that must be given a certain treatment in order to prevent any event that the treatment is trying to prevent (heart attack would be an event in relation to cardiovascular disease).

So whereas 30 patients would have to be given a statin drug to prevent one event, only 10 patients would have to be given the niacin plus statin combination to prevent the same event. In addition, recent evidence from the JUPITER, ACCORD, and ILLUMINATE study has shown that residual small LDL blood concentrations are an independent predictor of CV events (heart attacks both large and small), and niacin is very effective at reducing small LDL blood concentrations This is both independently and with a statin.

This means they are very well trained in keeping meticulous records of case histories, and in conducting research studies. It has been their almost universal conclusion that niacin should be used to improve heart health and to prevent heart attacks and other cardiovascular disease markers such as high cholesterol and atherosclerosis (both of which niacin is excellent at preventing). Niacin is also very cost-effective.

Just as with nearly every drug on the market, the dosage is the most critical issue when prescribing a drug. The same is true for niacin and every vitamin that has been used in therapy. A smaller dose of niacin, such as under 2grams per day, will not achieve the same heart benefits when used with a statin (as shown in the Niacin And Heart Disease article mentioned above) as it will at the proper dose of 3.4 grams or more per day.

With higher doses of pure niacin, the best results will be achieved. This is one of the main reasons why media reports conclude so many times that vitamins are ineffective. Wherever this is announced, when you look at the amounts of a vitamin given to patients in the study, it can be seen that an insufficient dose was used, based on results of prior studies that have proven efficacious minimum levels of the same vitamin. Some of these studies were performed by Dr. Hoffer and Dr. Kaufman in the 1950s through 2000.

If the same were done with a statin drug, by cutting the pill in an eighth, for example, all of its benefits would likewise suddenly disappear. When dealing with any modality of alternative health, the same truism applies: the dosage must be sufficient in order to provide results.

The second member of the Vitamin B-3 family I would like to discuss is niacinamide. According to recent research, it has been found that this vitamin protects against liver disease. A study in 2017 entitled “Nicotinamide protects hepatocytes against palmitate-induced lipotoxicity via SIRT1-dependent autophagy induction” showed this liver protective effect. Niacinamide was able to protect liver cells against the harmful effects of ingesting excess saturated fats that are present in most animal products such as dairy, red meat, as well as a few plant foods.

Since these types of fats are known to be damaging to the liver, it is interesting to note that this result was not widely reported. Most people would prefer to continue their bad diet and add a medication or supplement to their routine, than to change their diet and lifestyle to a healthier lifestyle by eliminating saturated fats and cholesterol containing foods. This is part of the reason statins are so popular.

Niacinamide is an extremely cost-effective vitamin supplement that can be used in addition to making dietary changes, and it can also help protect against someone refusing to make dietary changes in terms of damage to the liver. While it is still much better to change one’s diet and lifestyle, protecting the liver from damage by the use of this health supplement is better than not doing so, especially when the dietary changes prove to be too much for a person to stick to.

In addition to this benefit of niacinamide, there was a researcher by the name of William Kaufman, who pioneered the use of niacinamide as a safe, non-toxic natural cure for arthritis. When a sufficient quantity of niacinamide was taken (in the area of 250 mg 6 times per day) for over six months, arthritis began to reverse. This includes the damage from arthritis that had been done to the joints already.

This makes niacinamide a safe, cost-effective alternative medicine for arthritis. It is unfortunate that Dr. Kaufman’s books (such as The Common Form Of Joint Dysfunction) have gone out of print, and that his research is not very widely known among those patients suffering from the debilitating effects of arthritis and seeking a natural alternative medicine to help them.

In addition to the benefits achieved to their arthritis condition, niacinamide is at the same time an alternative therapy for ADD/ADHD. In the same book mentioned above by Dr. Kaufman, we find on page 73 the following quote: “With vitamin therapy, such a patient becomes unaccustomedly calm, working more efficiently, finishing what he starts, and he loses the feeling that he is constantly driving himself. He has leisure time that he does not know how to use. When he feels tired, he is able to rest, and does not feel impelled to carry on in spite of fatigue. If such a patient can be persuaded to continue with niacinamide therapy, in time he comes to enjoy a sense of well-being, realizing in retrospect that what he thought in the past was a superabundance of energy and vitality was in reality an abnormal ‘wound-up’ feeling, which was an expression of aniacinamidosis (niacin deficiency).”

So, for the treatment of ADD/ADHD, for which the present medications available can be deadly or extremely harmful for the young and old, or are ineffective, niacinamide should be given a second look. It is a safe, cost-effective, and low side-effect vitamin alternative therapy that could have an excellent success rate when used by patients suffering from ADD.

In conclusion, these two under-reported, under-utilized forms of Vitamin B3 could very well represent an excellent, cost effective treatment for multiple diseases, including heart disease (which is the number two killer in the United States), liver toxicity related to a former or present unhealthy diet, arthritis, and ADD.

With the scientific research behind them, anyone should feel confident that these essential vitamins represent a viable complementary or alternative natural treatment for these conditions, and not just a tiny-dose vitamin used to prevent pellagra, which is the deficiency disease of vitamin B3 whose symptoms are neither known nor recognized by the medical community.

It is entirely possible that the above-mentioned conditions are actually clinical or sub-clinical pellagra, and this is the reason why supplementing with high doses of Vitamin B3 can help them. Further research would be needed to determine this, but it is beyond the scope of this article. Patients are invited to browse the research and articles on Vitamin B3 present at orthomolecular.org  and this site for further information about this valuable nutrient.