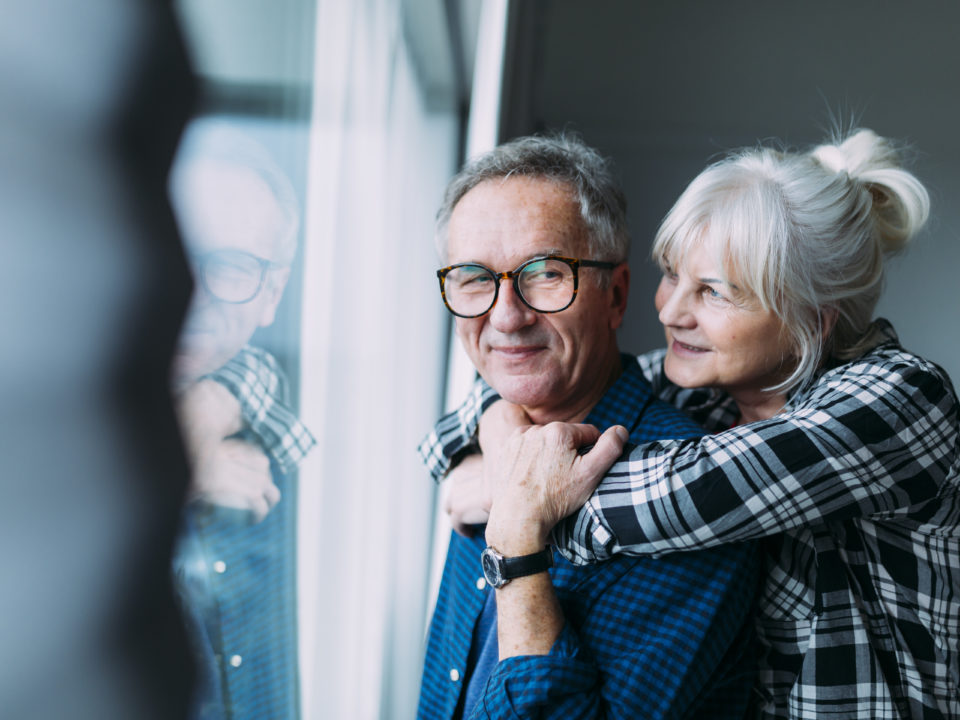 The elderly population is growing faster than most other age groups as many of those in the baby boomer generation are becoming a part of this group. Since many of these people have children themselves, there are many people in our society who are concerned about them and their well-being. Most often, they are wondering what makes them different from younger generations, and how they can make them have the best experience of aging possible.

One thing you learn when looking into geriatric patients and care in this newly aging generation is that they often don’t age the same way as their parents and prior generations did. Most of them are healthier for longer in their lives, meaning that they are active and able until they are older. Some of their parents at the same age were having many chronic health conditions, whereas many of the newly aging population are not having the same health conditions.

You may wonder why this is, even though it is a good thing. Differences always inspire questions in others. Most of the new geriatric population takes much better care of themselves. They have gym memberships, they eat more wholesome and healthy foods, and they often take supplements and utilize the services of alternative healthcare providers. They are also in many cases beginning to understand the concept of epi-genetics, or the newly emerging scientific field that tells us that not only is aging as it is understood not normal, but that everything you do actually can change your genes in real time.

So someone whose mother had breast cancer is not necessarily doomed to have breast cancer herself just because her mother did. Simply by changing your genetics in your present life, through nutrition, exercise, and other healthy habits, one can avoid the diseases of previous generations. Naturally, this is very good news and is an arena of science that should be watched carefully for new discoveries.

Topping that list are the results of some of the research that is presently being conducted, on what specific changes can be undertaken to avoid specific diseases that were previously thought the be guaranteed, such as breast cancer. This is evidenced by the few celebrities and public figures who have undergone voluntary double mastectomies simply because their genetic code as it was then showed that they had a high chance of getting breast cancer. Perhaps that was not true, and all that was needed was for them to change their diet instead of having such a dramatic and irreversible surgical procedure.

Another common need among the new geriatric population is a desire not to be referred to as elderly. Since they feel younger, and often look younger, they want to be treated as a person who is younger. They don’t want to focus on their aging, and as a consequence, are more positive toward the possibilities of aging well instead of aging poorly. Such people don’t run to the doctor for every slightest thing, but will often take their health into their own hands, conducting deep research into whatever condition that may have, and finding natural, non-invasive, non-surgical, non-drug ways to treat it. One of the reasons for this is that so many of the drugs available today have either a massive list of side effects, or they have suffered an adverse reaction to them.

A simple example of a supplement replacing a prescription would be with the blood pressure and cholesterol medications so commonly prescribed. By making simple dietary and lifestyle changes, such as eating more dark green leafy vegetables, more whole foods, and eliminating processed foods and excess grains, along with exercising for at least 20 minutes a day, they find that their condition reverses without medication. This is true as well of diabetes, especially when weight loss is achieved, and this is a very reliable way of reversing that condition. However, it takes patience and self-discipline to undertake these types of changes and stick with them. It is the sticking with them that is the most important, and that will cause the greatest change in the long term.

Along with these dietary changes, many people find that adding certain supplements to their diet, such as niacinamide and beet root powder, can do wonders for blood pressure and cholesterol conditions. Sometimes, these conditions can be caused by another condition, such as hyperthyroidism, which can lead to high blood pressure. Correcting the thyroid issue naturally is likely to lead to a better outcome, since it has been shown many times that synthetic thyroid hormone often masks the problem rather than solving it. (reference in prior article)

Among the reasons for the use of supplements, rather than medications, is the fact that elderly patients take more concurrent medications than any other age group. This is dangerous because the vast majority of these medications have never been studied in combined use. Many medications, when mixed together, can cause unpredictable and sometimes life-threatening complications.

When you prescribe an elderly patient 5 or more medications at the same time, it can be a recipe for disaster. Since this is routine in modern medicine, it is likely a good idea to cut the number of medications, and hence the number of possible side effects, by using supplements instead of drugs for certain health conditions of the elderly patient. When you consider the fact that most prescription medications come with a host of side effects by themselves (such as muscle pain from statins, increased rate of heart attack for blood pressure medications, and heart attacks from NSAIDs), it is often a better idea to try a natural method for controlling certain health conditions. These natural methods can also include dietary and lifestyle changes.

One often overlooked concern that many caregivers have when dealing with the care of their elderly relatives is overreaction and under-reaction. So, an example of overreaction would be seen when your elderly relative has chest pain one day, and they are sent to the hospital by you, where it is determined that they didn’t have a heart attack. For this same patient, if they have chest pain on a regular basis, there may be some other underlying condition that needs to be discovered. Some caregivers, however, will send the patient to the hospital again and again, with the same mystified reply of doctors on each occasion.

Considering the stress and potential risk of infection from hospital visits, sending such a patient to the hospital every single time they have chest pain may be a bad idea from an overall health standpoint. In many cases, unnecessary surgeries may be recommended, such as the newest surgical craze of angioplasty stent placement. According to a New York Times article, these surgeries are being recommended far more often than they should be. They are also less effective than patients are being told, having many side-effects and very little success in treating chest pain and heart attacks. Clearly, when an elderly relative has chest pain regularly, the best thing to do is uncover the actual cause of their chest pain, whatever it may actually be.

On the opposite side of this problem is under-reaction. One of the most common culprits of under-reaction are strokes. Most caregivers do not know the earliest signs of stroke, and a stroke can be a debilitating and in many cases life-threatening condition. The easiest way to detect a stroke is by using the FAST method. If the person’s face starts drooping, if they have weakness on one side of their body, such as in their arm, if they have difficulty speaking all of a sudden, or if they have any one or a combination of these symptoms, it is then time to call an ambulance.

Acting quickly in the case of stroke is one of the best ways to prevent long-term disability. If these signs are not known, a caregiver may simply think that their elderly relative is being obstinate and stubborn in not understanding them. However, they may be in the midst of a stroke and in need of immediate medical care. This knowledge by a caregiver may well be life-saving or disability preventing for their elderly relative.

Another of the more common causes for concern when caring for elderly relatives is the question of nursing homes and assisted living facilities. Whenever an elderly patient has the financial ability to pay for their own home-care, that is always the best idea. For many elderly people, internment in a nursing home is a scary and often expensive prospect. This will usually drain all of their financial resources rather quickly, especially if they don’t have special long-term care insurance.

Generally, they are required to sign over all of their life savings, and all of their other assets, as well as their home (if it is worth more than $536,000), when they go into a nursing home. If their home is of less value than that, and if they can prove that they intend to return to their home, they can sometimes keep that single asset. However, all of their other assets are taken from them before Medicaid will pay for their nursing home costs, which usually add up to around $100,000 per year.

Outside of these nursing home concerns is the simple fact that many elderly patients have expressed their desire to their loved ones to not have to enter a nursing home when they become disabled and unable to care for themselves. Nursing homes are known for their neglectful treatment of patients, sometimes even down to abuse of the patients in their care. In most cases, there is a feeling of helplessness by the patients, and they feel uncared for by their relatives, to whom they don’t mention the abuse they are suffering. While this is not the case in every nursing home, it is reported on often enough in the media, congressional reports, and court cases that it is a known risk in long term care.

Other types of long-term care establishments, such as assisted living facilities, may be more amenable to your elderly loved ones, but the best care is often the type that can be had in their own home. It boosts their morale to be in familiar surroundings, and makes them know that they are cared for by their relatives. In addition to the home-care, it is always a good idea to install surreptitious surveillance if there are caregivers in the home for your elderly loved one. That way, if there is any abuse or neglect, it is not necessary for them to tell anyone about it, as it is all on tape. While home-care is not as often a source of abuse or neglect, it does happen, and being prepared is definitely the best policy.

There are many needs that elderly patients have, that are both emotional, psychological, and physical. Their needs will in general be different than those of younger persons, and different from those of elderly people in the past. Meeting the needs of the elderly family members in your care may not be easy, but these suggestions can help you to be prepared for what you may find as a caregiver or simply as a trusted family member or friend.

As the boomer generation ages, more and more younger persons will be exposed to these concerns that their elderly family members have. While this list of concerns is not comprehensive or exhaustive, these are many of the concerns that have been expressed over time by the elderly patients themselves, as well as by those who care for them.