Home / Alternative Medicine / Since Recent Studies Show Alzheimer’s Can Be Reversed With Dietary And Lifestyle Changes, Shouldn’t That Be The Focus For Medical Research? 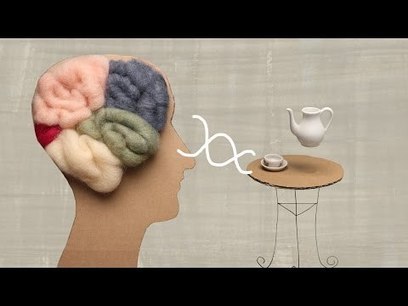 Since Recent Studies Show Alzheimer’s Can Be Reversed With Dietary And Lifestyle Changes, Shouldn’t That Be The Focus For Medical Research?

Recently I read an article that was shared on Twitter by Mitchell Rosen UCSF (@MitchRosenUCSF). This very critical article was not mentioned in the mainstream press, and in fact I had never even heard about it before today. It seems that researchers from UCLA discovered that Alzheimer’s is not so difficult to reverse.

We have been told for many, many years that Alzheimer’s is an incurable disease. If you have it, you are doomed to decline in health to the point where you can no longer eat or function in any way without constant care. In order to find a “cure,” pharmaceutical companies have spent millions upon millions of dollars on multiple different medications that have failed for the most part, or were no better than placebo. Not one of them has been able to reverse the inevitable decline that occurs with this disease.

So, instead of a large pharma company coming out with a new drug, it was discovered that Alzheimer’s is intimately connected with the lifestyle of the aging population. When the participants were counseled to change their lifestyle, the results were staggering.

Although the study size was small, nearly every participant who had started the study with Alzheimer’s had returned to the normal range on all markers of memory and cognition by the end of the study.

While it is difficult to find out exactly what the protocol was that the patients followed (since it was a customized protocol generated by a computer), some simple pointers were indicated in the article. A change to diet, based on nutritional principles, was included. This meant that the patients needed to eat more green vegetables, more raw and unprocessed foods such as whole grains, and other wholesome and nutritious food options.

Fresh vegetable juices have been covered in other research studies as being preventative for conditions such as dementia and Alzheimer’s. These same juices are likely to be helpful to those already suffering from cognitive decline. Most helpful are likely to be the “brain boosting” juices of fresh carrots, celery, and beets, turmeric and ginger roots (traditionally used in Ayurvedic medicine and possessing their own evidence as anti-inflammatory and helpful to brain health), as well as limes or apples to improve flavor and add additional nutrients to the juice. These are fresh juices, made with a juicer or blender at home, or purchased at a juice bar. Using organic vegetables is important when making fresh juices, as any pesticides present will be amplified in the extracted juice.

Participants were also encouraged to learn stress management techniques. One such technique that would be easy to implement by most patients would be massage therapy. Since most patients with Alzheimer’s remain at home, they could incorporate weekly massage sessions into their routine. Massage therapy by itself has been shown to reduce levels of the common stress markers, such as adrenaline and cortisol.

Another stress management technique that is very effective is mindfulness and meditation. Many articles can be found on this topic by itself online, and an in-depth discussion of it is beyond the scope of this article.

Finally, the protocol included exercise. The type of exercise recommended was tailored to each individual, but was based on what they could reasonably do. For example, a sedentary 75 year old woman would not have been told to start running every day. Instead, she might have been told to walk around the block at her own pace for at least an hour every other day.

Each person’s exercise regimen would have been different, but since the patients were already in the beginning or later stages of Alzheimer’s, they would have been simple and easy to implement.

Finally, the participants were told to improve their sleep habits. What does it mean to get good sleep? Most people believe that six hours of sleep per night are sufficient, but it may have been more than this. Physicians have long recommended 8-10 hours of sleep for the best health.

Even though this is unconventional, it is not unreasonable. When you consider that children need 10 hours of sleep per night, it is not a lack of need that causes people to stop sleeping enough hours. Usually it is an ignorance of the body’s rhythm, where we no longer feel tired, that causes people to sleep less. A lack of time is another factor that can contribute to the lack of sleep. And finally, insomnia can cause people to not be able to sleep when they want to.

Whatever the reasons, it seems that sleep, or the lack of it, definitely contributes to cognitive decline and other health conditions of aging.

Since the program that was used in the study is a trademarked program, personalized for each participant using a computer program, it is difficult to completely describe it, as the information is hidden from the public. However, the guidelines above are likely to be extremely helpful for anyone trying to use this program for themselves or their loved ones, without becoming part of a research group.

It would seem, based upon this study and others that are being conducted like it, that Alzheimer’s disease is a condition of lifestyle, and that changing habits can change the progression of the disorder. There is no harm in trying the changes outlined above, as not one of them will do harm, and most of them will do good in fact, to anyone who tries them.